Forests are an important ecosystem and key economic sector in Thailand, as well as being home to a large portion of the population.

In 2018, forest products accounted for roughly 118 billion Thai Baht (3.9 billion USD) in exports1—or about 1.2% of all exported goods and services.2 That figure does not include either the value of domestic consumption of forest products or the ecosystem services forests provide.

After substantial decline in forest cover in the 1960s-1980s, Thailand has stabilized and even reversed this trend in recent years, though some governance challenges and conflicts persist. 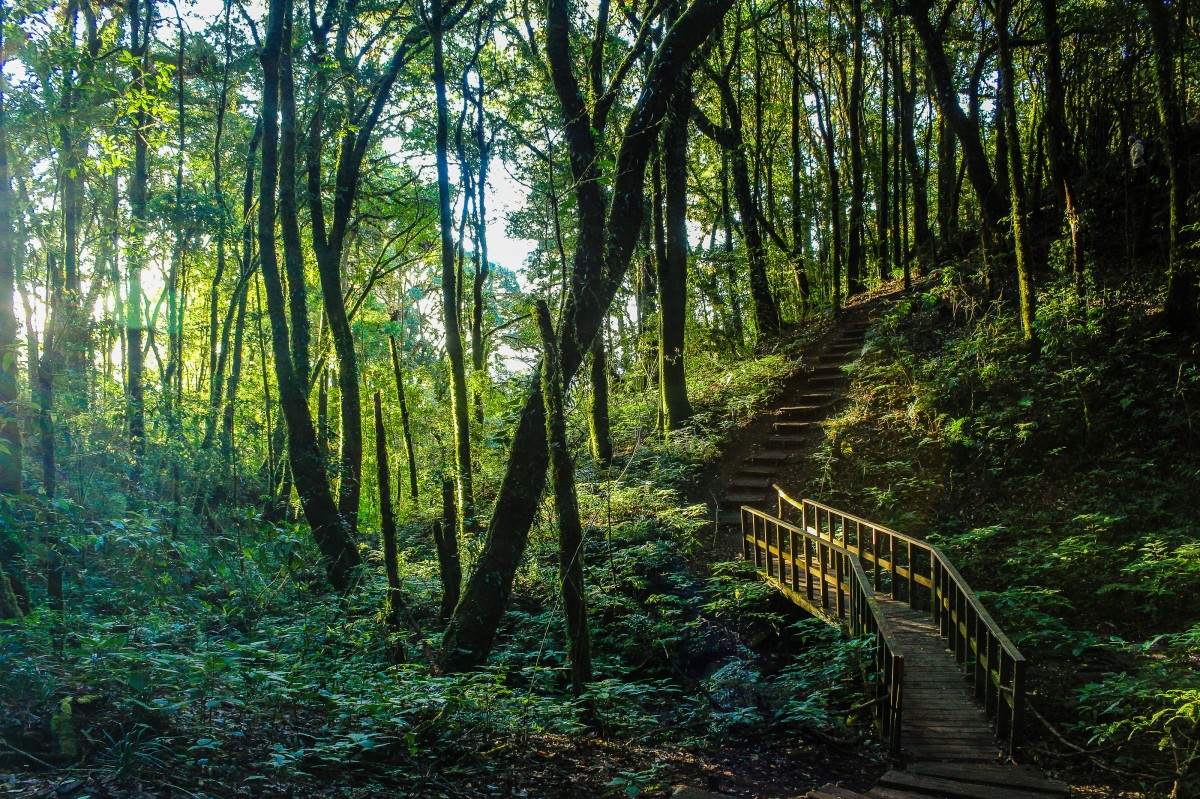 The measurement of total forest cover does not provide enough information to understand the health and productivity of a forest. For this, it is also important to distinguish between measurements of primary forest (also referred to as “old growth”), regenerated natural forest, and plantations.

According to the FAO, the acreage of primary forest in Thailand has remained constant, at 6.73 million hectares since 2000. 3 However, as the FAO itself acknowledges, there is reason to doubt this figure: FAO relies on national countries for reporting,4 and the government of Thailand assumes all forested areas of national parks and wildlife sanctuaries contain primary forest.5 Yet there have been frequent reports of both logging and wildfires in protected areas in recent years.6 This makes it unlikely both that total forest area in protected areas has remained constant, and that all forest in protected areas is primary.

As a land-use category, “forest reserves” are land officially held by the FRD for forestry operations. However, much of this land contains rural villages and agricultural areas, and an estimated 10 million people live in the forest reserves.7 Many of these communities have lived there since before the forests were designated as such.8 The government reported 23 million hectares of forest reserves in 2010, the last year data was available.9 This represents a much larger area than the area of land reported as covered by forests.There are more recent reports that since 2010, at least 6.5 million hectares of this land has been reallocated to the Agricultural Land Reform Office for redistribution to farmers.10

Interestingly, Global Forest Watch, whose forest cover measurements often fall below national statistics, reported 19.2 million hectares of tree cover11 in 2010, using a 30% canopy cover definition. Global Forest Watch uses the phrase “tree cover” rather than “forest cover.” However, their definition is generally equivalent to “forest cover” definitions based on the FAO or UNFCCC framework, except they provide measurements at a range of canopy covers. This is interesting because it represents a larger area than the FAO figure despite a higher canopy threshold.12 Global Forest Watch’s analysis shows that tree cover loss for the period of 2001 to 2012 was concentrated in the South, especially in Surat Thani, Nakhon Si Thammarat, and Songkhla provinces.13 These are the three provinces where rubber plantations are concentrated in Thailand.14 In contrast, tree cover gain seems primarily to have been concentrated in the Northeast.

Thailand has announced that it plans to increase its forest area by 23% before 2030, as part of its Intended Nationally Determined Contribution under the Paris Agreement.15 In the INDC the government indicated it would do this “through local community participation, including in particular headwater and mangrove forests to enhance adaptive capacities of related ecosystem.”16 The country also has a goal of increasing economic [plantation] forest area by 15%,17 suggesting some of the INDC goal may be met by this as well. Recent reports indicate however that the new target “has resulted in the redrawing of forestland boundaries and extensive land reclamation, often at the expense of farmers operating around ambiguously marked zones.”18

An FAO analysis identified infrastructure development, land conversion for large-scale agriculture, small-scale shifting agriculture, and illegal logging as among the primary drivers of deforestation in Thailand.19 Palm oil and tea are among the agricultural commodities linked to deforestation. Meanwhile, road construction is both a direct and an indirect driver, opening up new areas to timber harvesting and increasing its profitability.20

Community groups commenting on Thailand’s REDD+ Readiness Proposal noted ongoing disagreement with the government over whether shifting cultivation should be considered a driver of deforestation, and highlighted the relative greater impact of large-scale plantation agriculture.21

One law of particular note is the 1989 Logging Ban, which is still in place in protected areas and forest reserves. See “Forest Policy and Administration” for more details.

A bill to formally recognize and promote community-managed forests languished for nearly two decades before passing in limited form in early 2019. However, relatively high levels of administrative decentralization and a strong civil society sector, along with limited recognition of community land-use rights, have facilitated some local participation in decisions around forest resources for many years.22 Yet recent research also found that many forest dependent communities felt that their land tenure and resource rights were too unstable for them to invest much in forest management, and that enforcement and fair conflict resolution were both lacking.23

In a number of cases, communities were evicted to make way for plantations run by the state-owned Forest Industry Organization in the 1960s through to the 1980s. Some of the conflict around these evictions is still ongoing.24

Although the government has instituted some policies in recent years to recognize land-rights of smallholder farmers, there remains a contradiction in many places in terms of a location that is considered a “forest” in law, but is in practice used for smallholder agriculture.25

Since the logging ban, most non-plantation wood used in these products is commonly understood to originate in the countries surrounding Thailand. However, Thailand is also the world’s largest producer of rubberwood products, and much of this wood is grown on Thai plantations.27

Thailand is taking steps to participate in both the EU-FLEGT program and REDD+ initiatives. Thailand is in the process of negotiating a Voluntary Partnership Agreement with the EU-FLEGT program, which means that Thailand would establish a verification system to ensure that only legally harvested timber is exported to the EU, and also ensure the legality of timber imported into Thailand.28 The importance of such a verification system was highlighted recently in an EU enforcement action against a Thai company reportedly milling illegal timber from Myanmar.29

Thailand has also received REDD+ Readiness funding from the World Bank’s Forest Carbon Partnership Facility (FCPF). Having received approval of its Readiness Preparation Plan, it is expected to submit a Readiness Package in 2019, which will assess progress to date.30 This will bring Thailand one step closer to receiving payments for avoided deforestation and forest degradation.