Indigenous peoples in Thailand have struggled for decades against restrictions to accessing ancestral lands and public services. This is because many indigenous peoples have not yet been granted Thai citizenship. Studied in 2018, the synthesis report1 indicated that the ten indigenous groups–Mlabri, Kaw (Umpi), Bisu, Chong, Yakrul, Tai-saek, Moken, Moklen, Urak Lawoy, and Mani–have faced problems of rights to nationality, land and access to natural resources, including the recognition of their identity.

The Indigenous Peoples’ Foundation for Education and Environment (IPF) and its partner organizations conducted this study to develop an information system that can support the capacity building of indigenous leaders in communicating, campaigning and negotiating to create an efficient mechanism for the movement. Supported by European Union (EU) and International Workgroup for Indigenous Affairs (IWGIA), the study was part of the project, Community Knowledge-Based Database System (CKBDS) for empowering the most marginalized and vulnerable indigenous groups in Thailand.

The visualisations below were created by Open Development Thailand to inform the public about four aspects of vulnerability and marginalisation of the ten indigenous groups that were assessed as follows.

According to the Local Administration Act, B.E. 2457 (1914), all ten indigenous groups in the study belonged to villages with clear demarcation of local areas. The count of indigenous peoples’ voices with exercise of decision making and access to public services largely relies on the number of indigenous population residing in the village.

National policy and legislation changes have considerable impacts on livelihoods of these indigenous groups, including the resettlement of indigenous communities. Based on the collected data, the report emphasises a concern over land use insecurity, restrictions to access and manage natural resources, and unsecured income from becoming seasonal hired labours, in particular for those indigenous groups of fisher folks in southern Thailand.

Many indigenous peoples have not yet been granted Thai citizenship, which means that they are excluded from the government’s basic welfare services. The indigenous peoples’ movement is expected to help Indigenous leaders regain political power with the aim for self-governance, self-determination, and self-identification.

You can read the full synthesis report for detailed information. 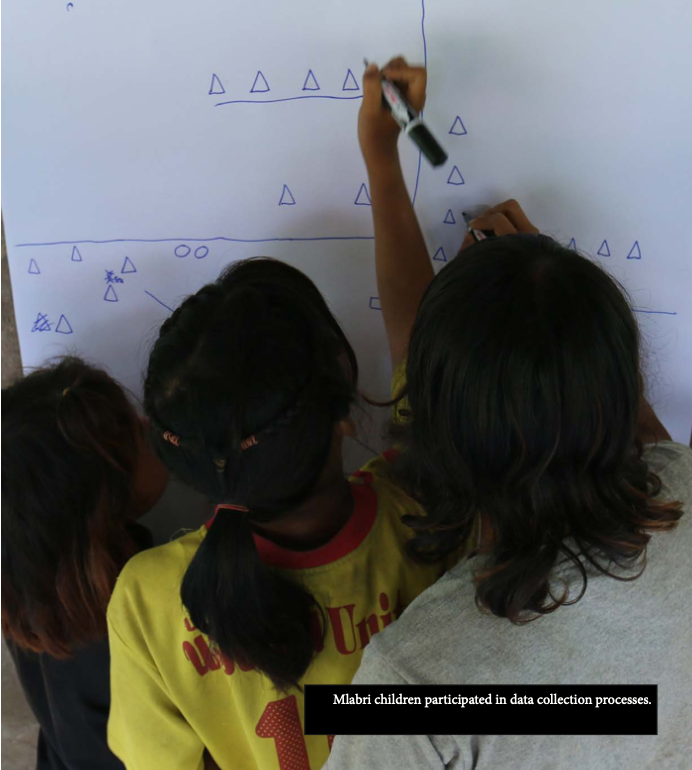