Thailand’s Special Economic Zones (SEZs) are regions recently designated by the Special Economic Zone Development Board of the Thai Government. In these zones, the state has planned to provide support for infrastructure development, investment incentives, and administrative services to enable access to foreign workers based to stimulate economic development through attracting new small to medium enterprises (SMEs). Privileges such as, one-stop service provision, reduced taxation, and priority access to foreign labour are promised to businesses that invest in these zones.1 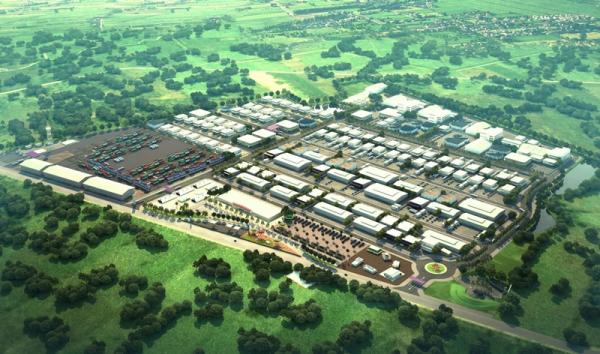 Sa Kaeo is an example, where an SEZ is being developed on the Thai-Cambodia border as part of the Greater Mekong Sub-region Southern Economic Corridor used to transport goods from Thailand to Southern Vietnam. It is focused on industries such as agriculture, furniture, gems, electronics, plastics, medicine, tourism, and more. Source: Foreign Office, Royal Thai Government.

The establishment of SEZs along the border regions of Thailand was an idea introduced by the Asian Development Bank (ADB) in 1998, as a strategy of promoting the use of transboundary economic corridors. This led to Thailand formulating Border Economic Development Action Plans to transform existing transportation corridors in the region into genuine economic corridors.2

In 2013, the Royal Thai Cabinet commissioned the development a feasibility study on the establishment of SEZs in Thailand3 with the intention of implementing these plans as part of a road map for the economic development by better connecting the ASEAN Community.

In 2014, the National Council for Peace and Order (NCPO) of Thailand announced a new Policy on Special Economic Development Zones as a means to create economically productive areas in border cities linked to other cities in the ASEAN Community. Following this, the NCPO issued Order 72/2014 to designate the functions of a Special Economic Development Zone Policy Committee. As part of this order, six sub-committees were established to take responsibility for the following portfolios at both the national and regional levels.4

Ten SEZs were announced based on criteria in the policy and were prioritized on the basis of this feasibility study. Their development has been divided into two phases:

Framework for the Development of the Special Economic Zones of Thailand

The Special Economic Development Zone policy committee has formulated the Special Economic Zone Development Plan providing a framework for how these zones will develop. This plan aims to attract foreign investment to facilitate economic development in peripheral regions, bordering other members of the ASEAN Community. This is intended to reduce income disparities, as well as improve quality of life of citizens who live there. Other expected benefits include enhanced security along border regions, enabling the stability to develop competitive business endeavours, as well as fostering linkages with neighbouring countries.6

The Special Economic Development Zone Policy Committee has invited the selected border provinces to submit proposals for developing each SEZ including the types of economic activity to be developed in each zone, the required infrastructure and the most effective investment incentives. For these proposals to be approved, they need to go through local participatory process, as well as being revised by the relevant sub-committees, the Special Economic Development Zone Policy Committee and the Cabinet, before they are implemented.

Since 2014, the committee has progressed the development of the 10 SEZs in Thailand as follows:7

Regarding to the Thailand Board of Investment, 52 projects in 8 SEZ provinces have been approved, with a total investment amount of $272.27 million (equivalent to 9,059 million Baht). Tak SEZ is the highest investment zone with 28 projects in textile and garments, plastics, automotive, machinery and parts, etc. Followings are Songkhla, Sa Keao, and Mukdahan SEZs.9

The development of SEZs at the border regions of Thailand has been facilitated by several legislative changes regarding SEZs (link to a sub-page on legal issues). These changes have encountered resistance from civil society organizations, communities and local authorities who suggest that the policies developed prioritize the needs of investors, over the preferences of local people.

According to recent analysis,10 there are several issues that are important to address. These include:

Currently, the development of SEZs is one of major state policies and is not an easy task to implement. There are a lot of concerns and impacts that have been criticized. And civic organizations are particularly monitoring through the implement process, such as land use and management policy in the SEZ, the environmental impacts, the water management issue, and so on. Read more. (link to another sub-page on specific issues)