In 2014, the Electricity Generating Authority of Thailand proposed an 870-megawatt coal-fired power plant in Nhua Khlong, Krabi. This proposed coal plant would be built inside Thailand’s largest seagrass ecosystems and near pristine beaches on the Andaman Sea, a world-famous tourist destination. An associated coal port would be established in Ban Khlong Ruo to transport imported coal from Indonesia, Australia and Africa to the power plant. Environmental impacts from the new proposed Krabi coal-fired plant and coal seaport would directly affected the provincial main economy on tourism and fishing industry. For example, according to a 2014 report on Krabi at the Crossroads Dirty Coal V S. Clean Renewable Energy by Greenpeace1, throughout the year, including the monsoon season, the unloading of coal from larger ships to smaller ones would take place at sea around Koh Lanta, a main tourist destination of the South. The coal would be unloaded again at Ban Khlong Ruo coal seaport to an 8.4 kilometre-long conveyor belt to deliver coal to the power plant. The power station would be completed in 2019. 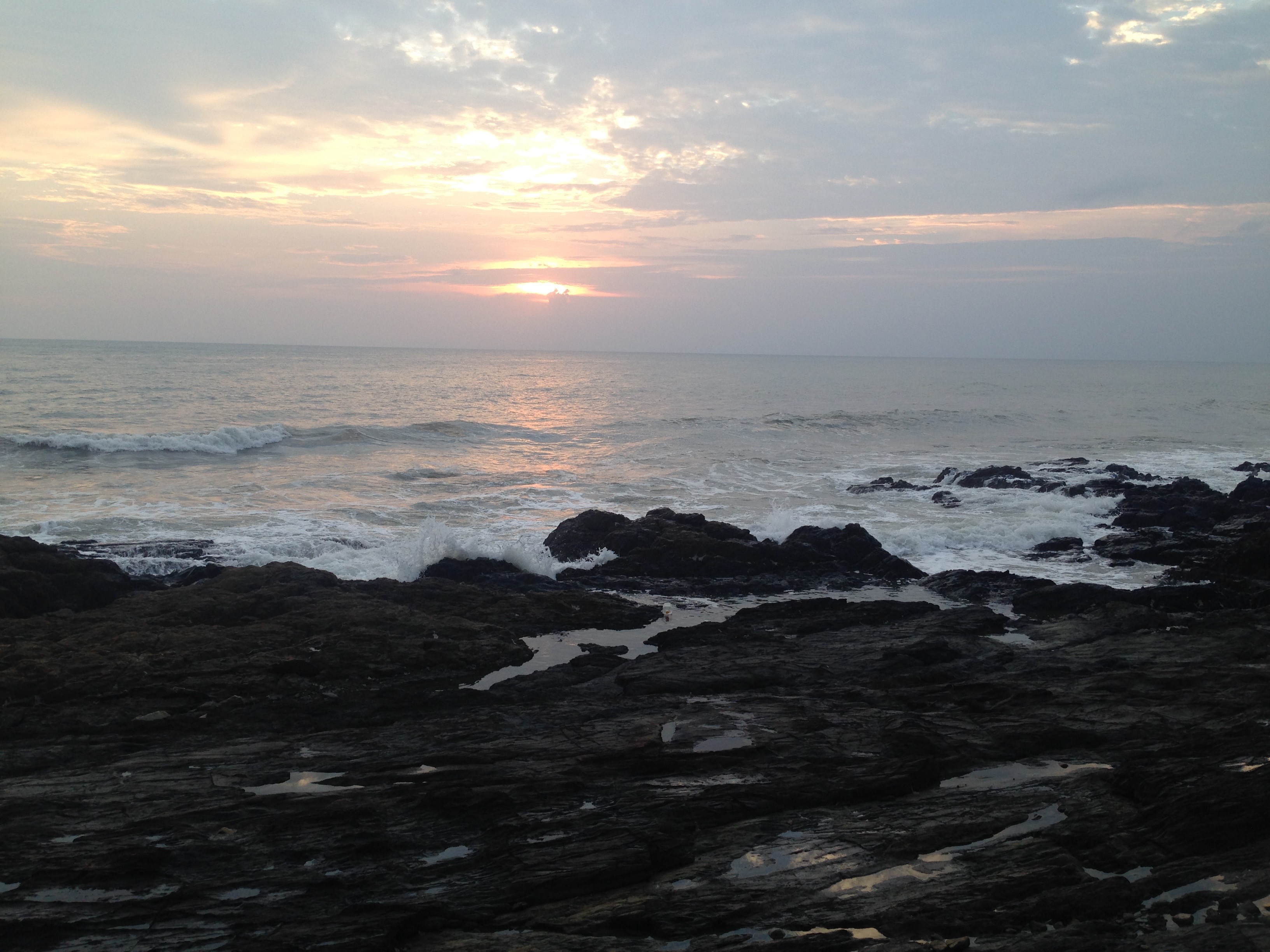 Krabi is renowned as a global marine biodiversity hotspot, and since 2001, a RAMSAR site. It is a wetland with over 200 species of fish and 80 species of coral catalogued. Krabi River estuary comprises of 21,300 hectares of mudflats, sandy beaches and canals in front of Krabi Town, as well as mangrove forests, and extensive seagrass beds in Koh Sri Boya.

Krabi province is a significant tourism area in Thailand. About 2.3 million tourists visit annually;. in 2015, tourism revenues were in the top fifth of the country at US$2,219 million.2 The estimated revenue of recreation and tourism of the Ramsar site in Krabi River Estuary is US$9.7 million per annum and the economic value of mangrove forest was US$758/ha.3,4

The state of Thailand’s electricity

At present, Thailand electricity is mainly produced by natural gas (accounting for 68%), 9% from coal power plants, and the rest from other fossil fuels and renewable energy. The country successfully shifted from high dependence on fossil fuels during the 1980s and 1990s.

With the expectation of continued growth of energy consumption at 3% per annum, the revised Power Development Plan (PDP) for 2012-2030 aims to increase the use of renewable energy (hydropower dam and solar energy) to 25% by the end of 2030, while reducing natural gas consumption to 58%. The PDP still indicates the need of 4,400 megawatts to be produced from high-grade coal power plants by 2030, which is a planned increase of 9% to 12% of power from coal power plants, confirmed by EGAT.5 The justification for this has been that future supplies of natural gas from Myanmar are uncertain, and barriers to renewable energy such as hydroelectric power plants and solar cells include unstable production capacities, are not commercially viable on an industrial scale, and have high investment costs.

The proposed coal power plant in Krabi was met with stiff resistance by local businesses, communities and NGOs, as well as others concerned about their impact on the province’s livelihoods, jobs, revenues, tourism, and marine resources. Local businesses declared in a “Statement of the Parties of Private Sector in Krabi on Energy Solutions toward Krabi Vision 2020 – Krabi Goes Green,” that they do not support the use of raw materials for power generation that cause toxic contamination or leads to the alteration of the natural environment, for example coal-fired power plants and nuclear power plants. Instead, they support the use of clean renewable energy such as electricity production from biogas, wind and solar photovoltaics connected to an electricity grid, and the promotion of sustainable consumption in hotels and other enterprises for the sustainable economic development of Krabi.7,8,9

In February 2017, after the national energy policy committee revealed the approval of the proposed coal power plant and port project, several hundred demonstrators from Krabi staged a sit-in at the prime minister’s office compound. The Krabi movement’s leaders highlighted that their protest was not only for their province, but was also campaigning for cleaner energy investment in Thailand.10

The impact on tourism was also highlighted. In September 2017, Tourism Business Association of Lanta Island, Krabi, with the technical assistance of scholars of Walailak University, conducted a survey with 1,129 tourists of 30 countries. The survey revealed that 90% of respondents would not return to Lanta Island if the new proposed coal power plant is developed. Thus the business network of Krabi province insisted that the Ministry of Energy suspend the development of this plant.11,12,13,14

Sustainability in Krabi – beyond a movement

Sustainability in Krabi has been important for Krabi, even prior to the protests against the proposed power plant. In 2016, led by the Provincial Governor of Krabi with local and provincial agreement, all sectors of Krabi development including public, private, community and others have formulated a strategy called “Krabi Goes Green” under the provincial policy of “Krabi Global City”. The provincial strategies include:

In 2016, Krabi Governor Mr. Phinith Boonserd announced 7 Greens of Krabi under Krabi Global City, focused on sustainable tourism hand-in-hand with agricultural and industrial development. In addition, ince 2016, the provincial committee has had regular meetings to identify sustainability aspects of each government agency’s projects and programs in each fiscal year to synergize the implementation of the Krabi Goes Green strategy.15In addition, in 2017, Krabi Provincial Administration Organization used 1.5 km of solar cell streetlightsand used wind turbines for solar cell in streets along coastal areas.16

Local private initiatives include the establishment of solar cells of 48,000 watts in a super-mart in Lanta Island, Krabi province. This can reduce electricity costs from US$3,636 to US$2,121, with the target cost-recovery period of 5-6 years. Other initiative is Thai-Indo palm oil’s 1 megawatt of biomass system and 3.2 megawatt of bio-gas for internal use in a factory as well as selling 1 megawatt to the national grid system.17

Sustainable Development Goal 7 (affordable, reliable, sustainable and modern energy for all), and SDG 13 (urgent action to combat climate change and its impacts) are the most relevant to this case study. The revised Power Development Plan (PDP) for 2012-2030 to increase the proportion of coal power plants from 9% to 12%, and a new proposed coal power plant in Krabi cannot fulfil those goals. Coal is not a renewable resource. The proposed power plant in Krabi would generate up to 18 million tons of carbon dioxide annually, contributing to climate change. Even though SDGs should be locally implemented according to each country’s needs, these conflicting policies and implementation of SDG 7 and SDG 13 in Krabi would not only jeopardize the future of sustainable development in Thailand, but would also shake the foundation of the international principles on cleaner and sustainable fuels.18

In addition, a study on electricity consumption and generation plans in Thailand’s Krabi Province during the next 20 years (2018-2037) was conducted by Network on Krabi Goes Green and Network on Andaman Goes Green with the support of Greenpeace, Thailand shows that Krabi province can build an electricity supply system based on completely on renewable energies. The study forecasts a total electricity generation potential of 1,676 MW from five renewable energy sources, namely modern biomass, biogas, solar, wind, and mini-hydropower.19 The study also suggests that Krabi will be able to reach its target of 100% renewable energy by 2026.